Fun in the snow (and ice) 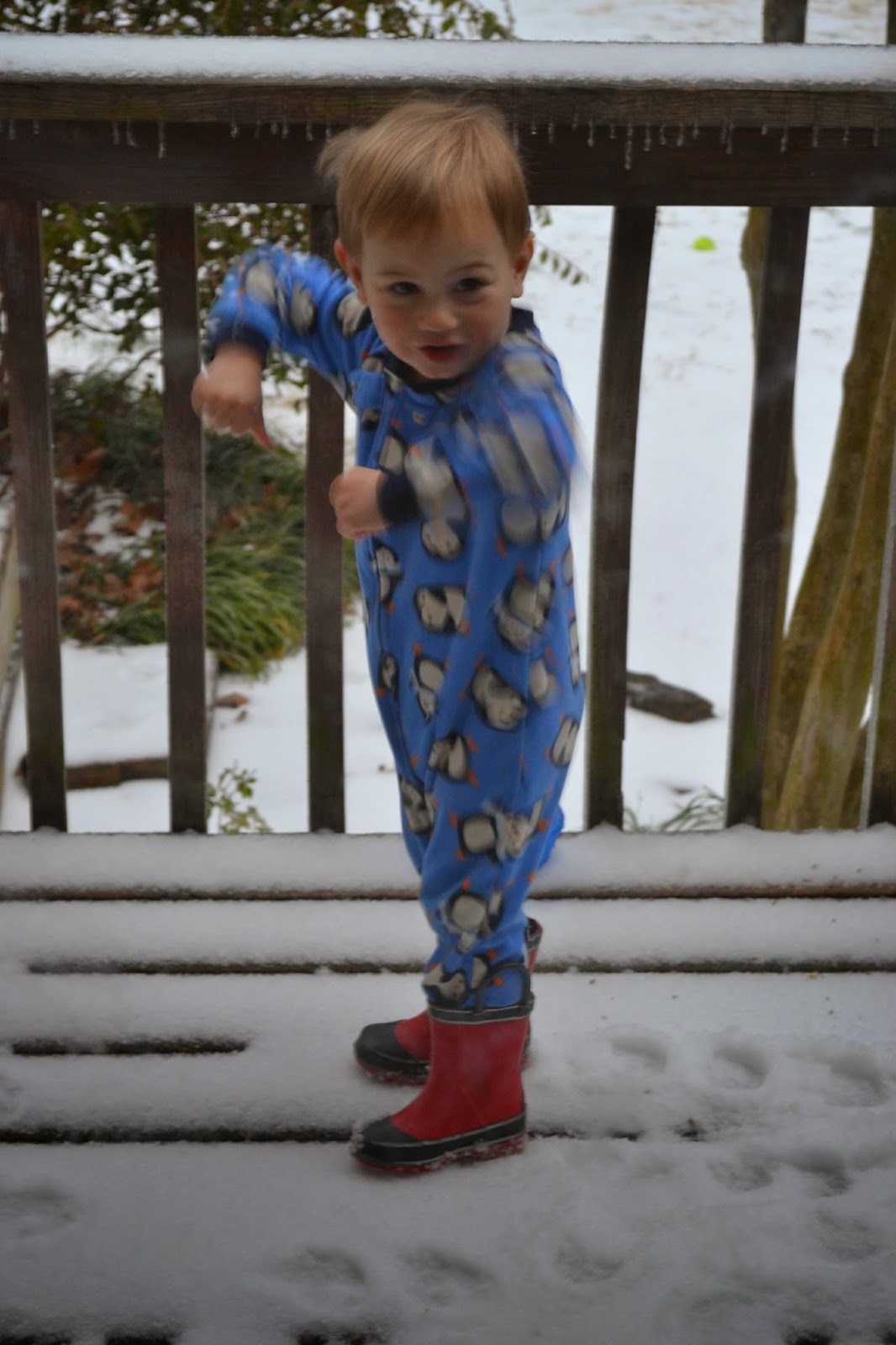 The first two weeks of February had us fooled; there were several gloriously sunny and warm days that made us think spring was coming early this year. And then, winter decided to make an appearance. At least one of us was happy about it. 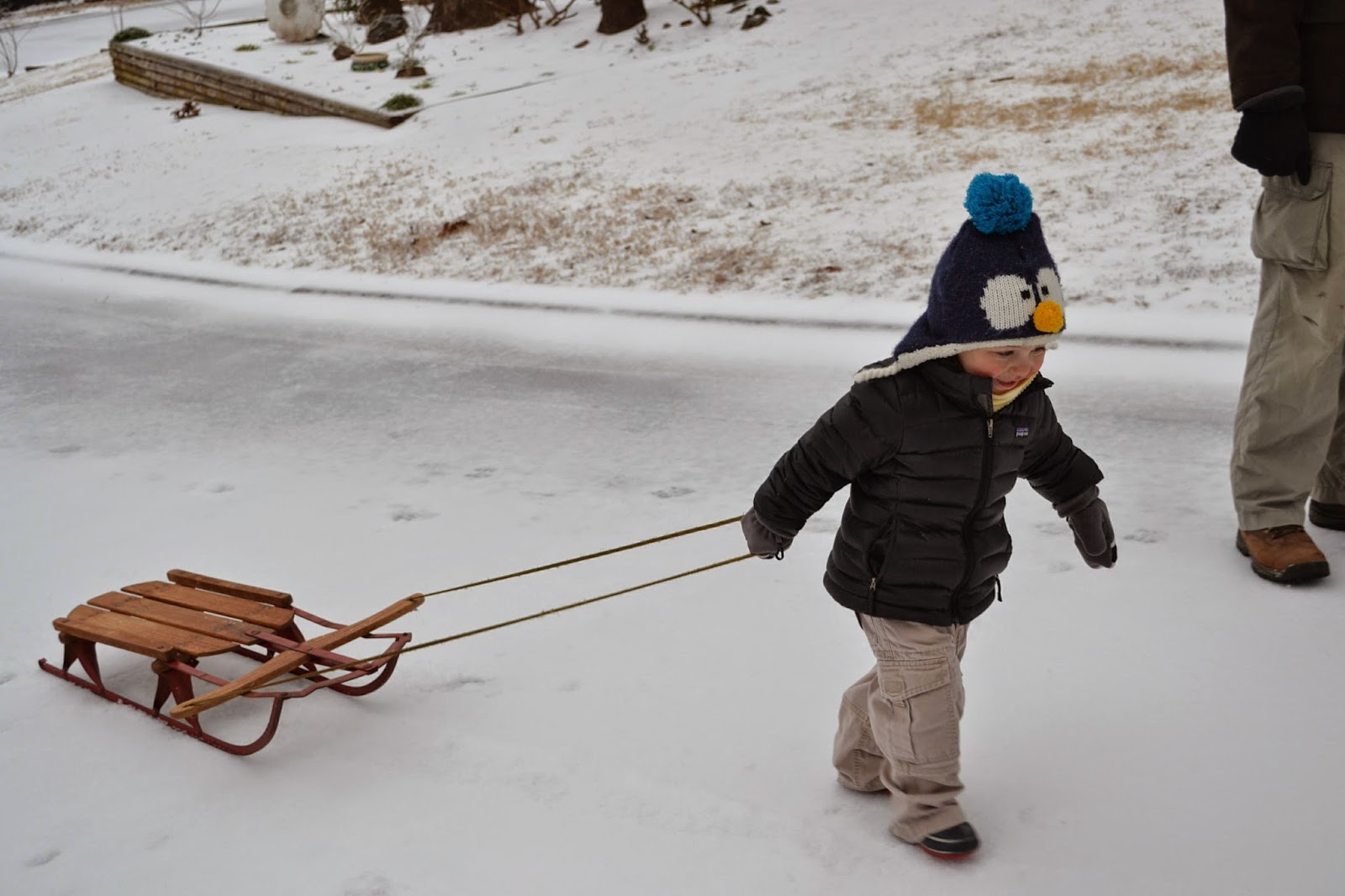 Last year Malcolm was about 18 months old when we had enough snow to try out the sled, and he hated it. This year, at two and a half, he loved it. We took him down our street, which is a cove and was far too slick for cars, and which had the perfect combination of snow and ice for a runner sled. 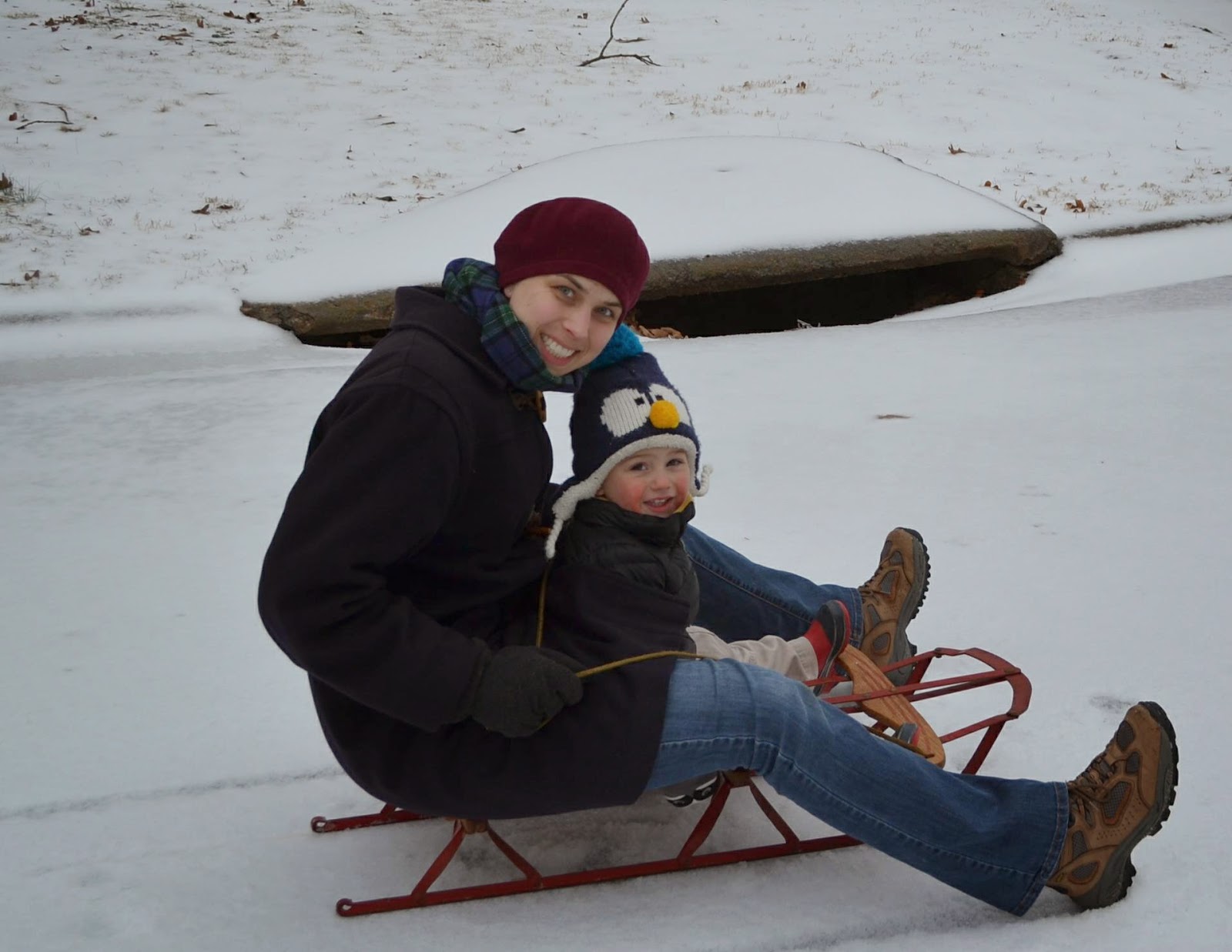 The sled was my mother's when she was a child, and it still works, and didn't have any problem holding both Malcolm and me as we sped down the hill. 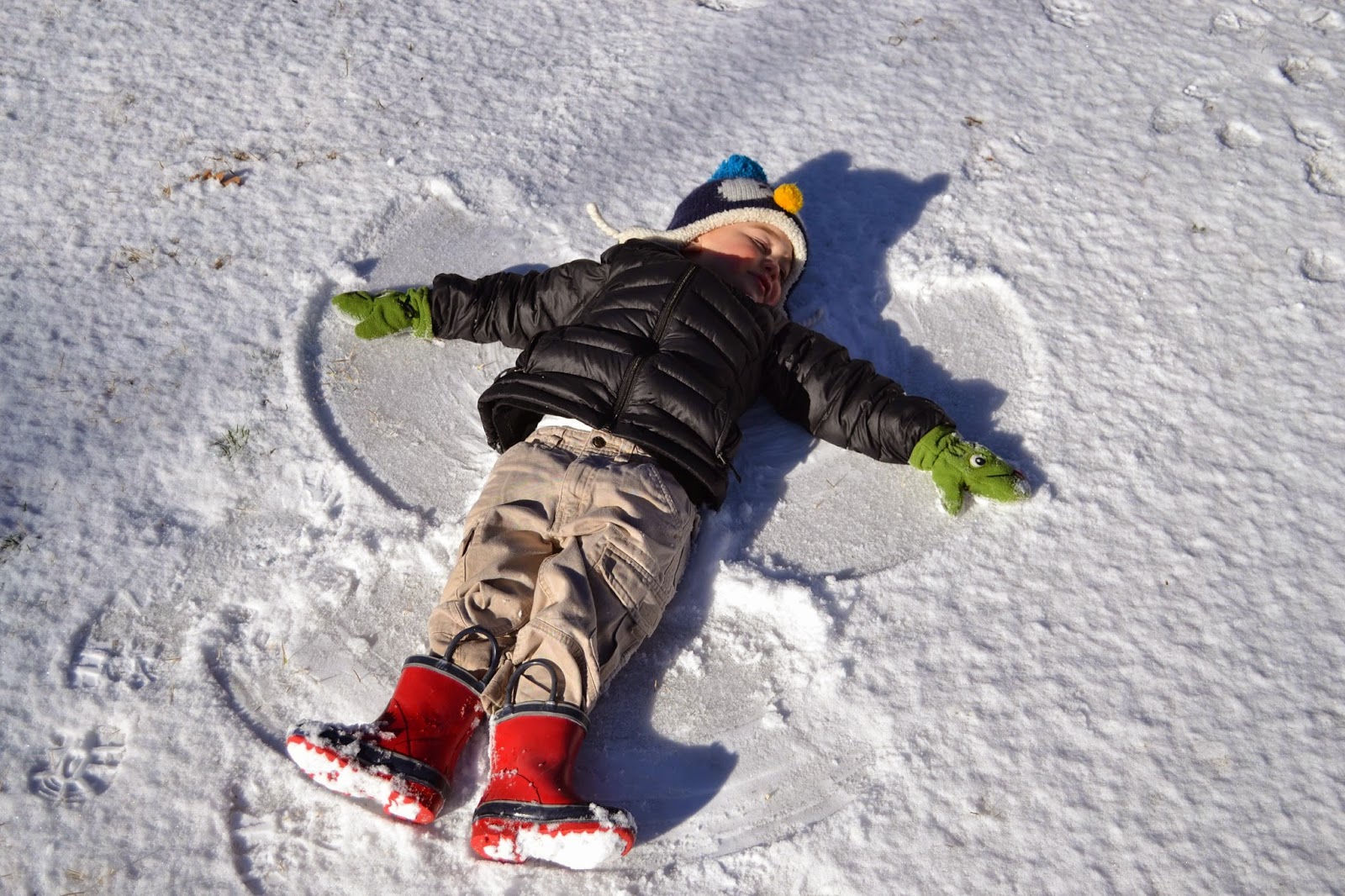 The snow wasn't very good for snowmen, but it was good for snow angels. He made me make one too, but all I really accomplished was getting snow all over my coat! 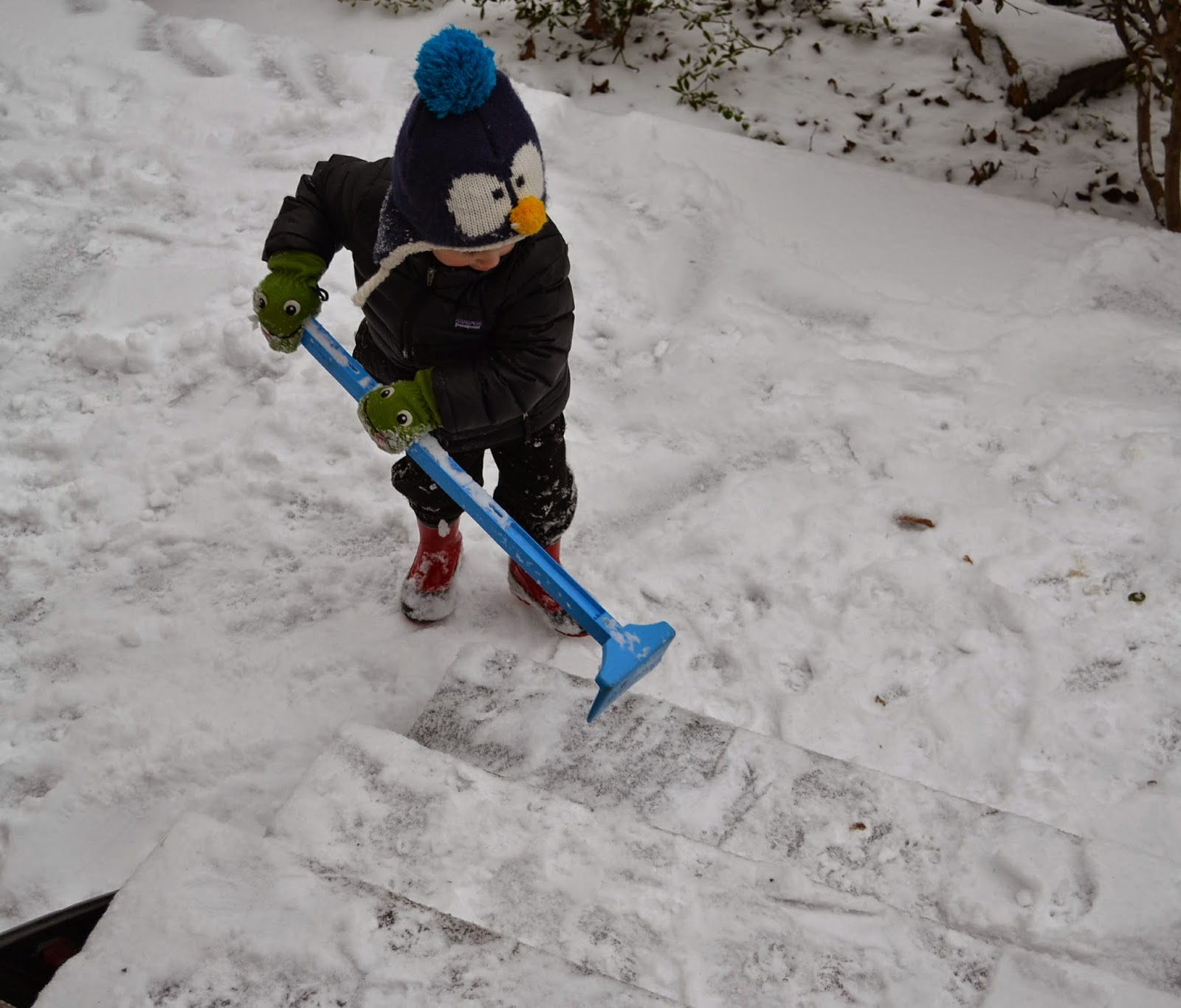 For children, even chores are fun when they are new. Here Malcolm is helping me clean off the steps so they will melt when the sun comes out. And when the sun does come out, everything melts pretty quickly around here. Thank goodness! Arkansas does not deal well with snow. 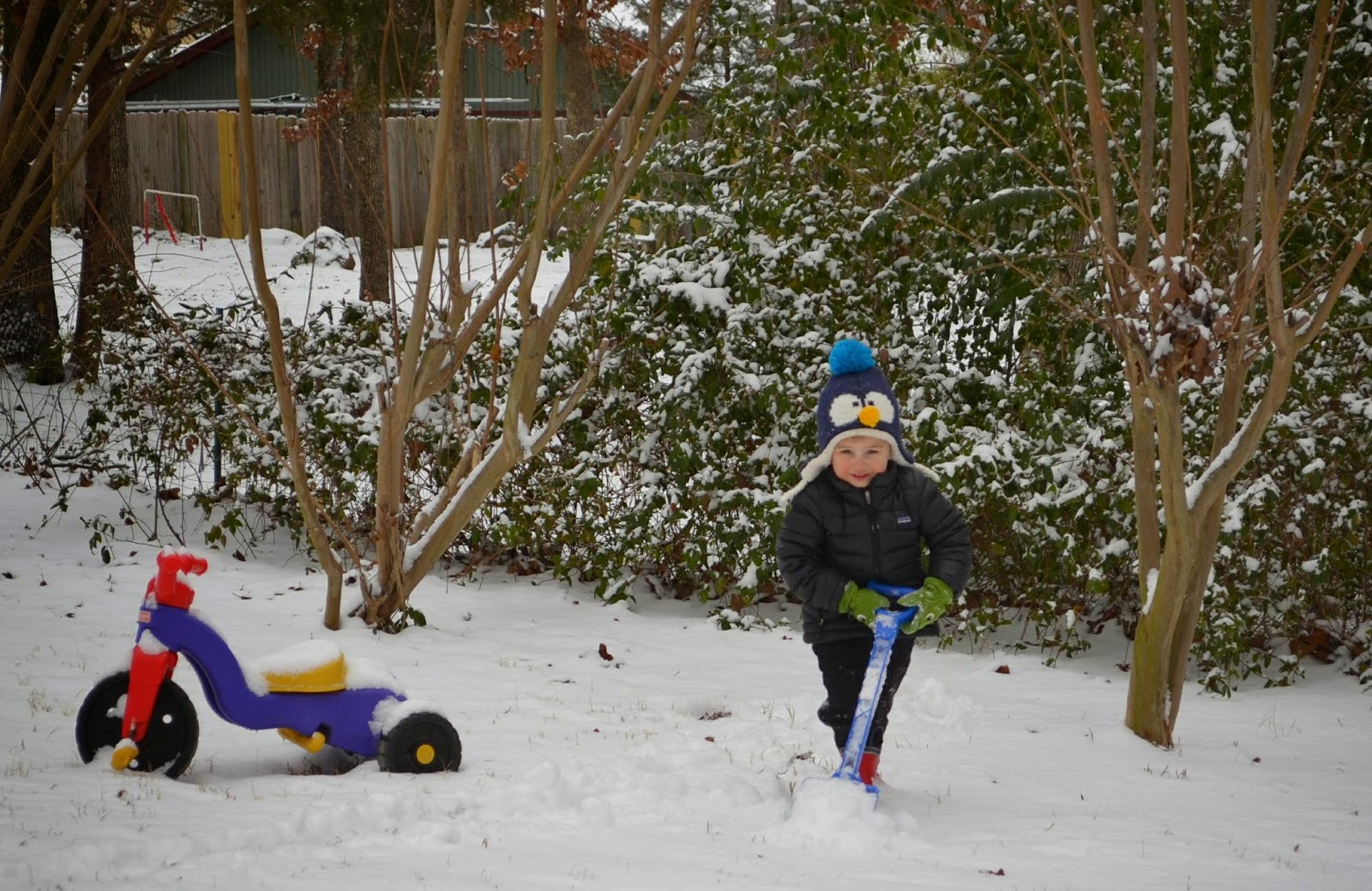 After watching snow blower videos on YouTube, Malcolm decided to make one of his own, and spent quite a bit of time snow blowing the back yard with his shovel.

And now, the adults in the house all quite tired of snow and ice and winter - just in time for another potential round tomorrow - but Malcolm is cheering for more. I say it is time for spring and garden planting and sunshine and tennis outdoors!
Posted by Hope at 3/03/2015 09:29:00 AM No comments: