Malcolm does the zoo


This past weekend Malcolm and I joined our friends Amber and Caroline for a trip to the Little Rock zoo. Benjamin and I took him back in June, but he wasn't as engaged with the world around him yet; this time, he was all eyes as he observed everything. 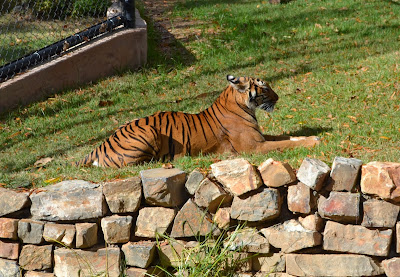 Granted, he was rather more interested in the ball in the tiger enclosure than the tiger itself, but he did see the big kitty. 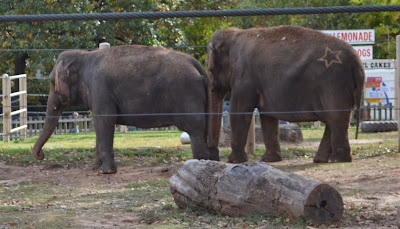 According to the zoo's website, these two elephants are new arrivals - retired Ringling Brothers circus elephants and one is 38 and the other 44. Apparently, the Little Rock zoo has a good record of caring for geriatric elephants; the other elephant is 53.

Malcolm enjoyed walking around the zoo on his own. The nice thing about the zoo is that almost everyone else there had small children along too, so he and Caroline weren't the only free radicals running around. 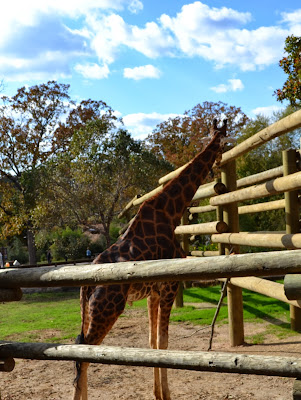 It was a lovely day for the zoo - sunny but not too warm. Many of the animals were out enjoying the weather too. 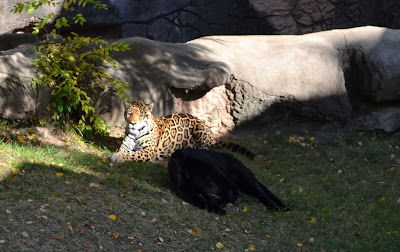 The jaguars and cheetahs were certainly enjoying the sun.

The playground was overrun with children, most much older than Malcolm and Caroline, but Malcolm did find this set of drums pretty fun. 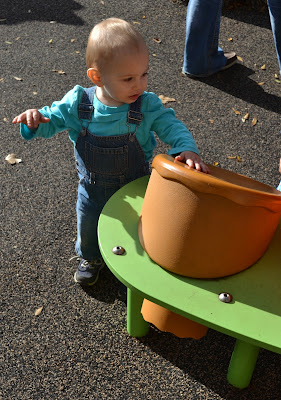 It was only a couple of days after Halloween, and the zoo hadn't removed all the decorations from their Boo at the Zoo, so Malcolm spent a lot of time pointing out the pumpkins and other decorations. 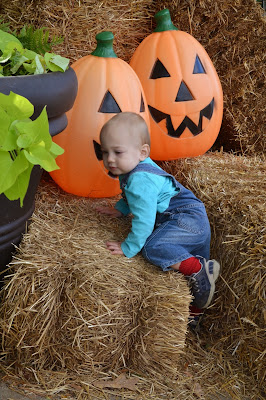 We were able to spend about an hour and a half before the kids started getting tired and overwhelmed. That was enough to see most of the zoo, but not quite. We missed most of the monkeys and the petting zoo. Oh well, next trip.
Posted by Hope at 11/06/2013 01:55:00 PM No comments: