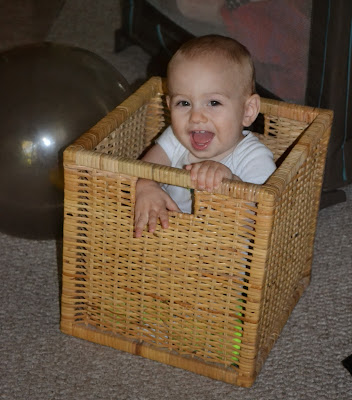 Malcolm has entered the climbing phase of toddler-hood. For a while, his favorite thing to do was to climb into this basket, even when it was filled with old tennis balls. It took him a little longer to figure out how to get out without falling over. 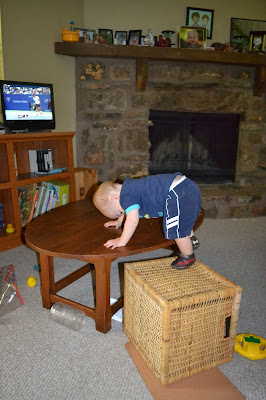 Next he mastered climbing onto the coffee table, using objects for a boost. Now he doesn't even need anything to stand on, but he will happily use my leg if I happen to be sitting on the floor in a convenient position. 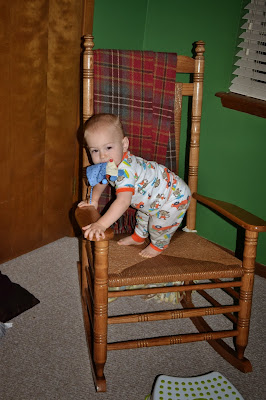 One day, he surprised me but climbing into his rocking chair while my back was turned. It is quite a stretch, even with the stool, but he's only fallen once or twice. At night, he will climb into the chair when he is ready for storytime to be over. 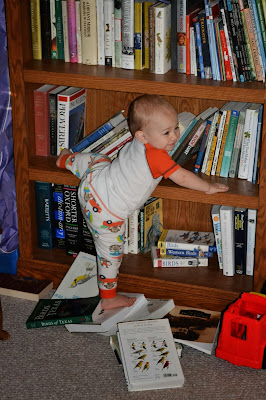 And of course, he climbs onto the bookshelves. Good thing we finally got around to securing them to the wall earlier this summer. 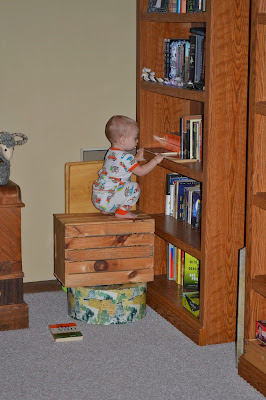 Email ThisBlogThis!Share to TwitterShare to FacebookShare to Pinterest
Labels: Malcolm 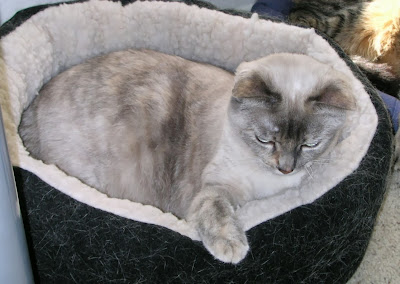 Last week, our cat Cleo died. She was 14ish, which is old for an outdoor cat, but seemed far to young for our indoor-only pampered sweetheart. Unfortunately, lymphoma doesn't really care about that sort of thing. 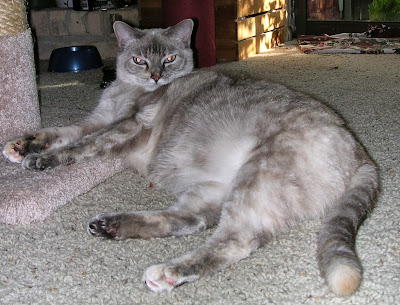 She was our first baby. Both Benjamin and I had cats growing up and knew we wanted to get our own cat once we were settled in our own place. As soon as Benjamin's grad school tuition refund came in and we had a little money, we headed to the local shelter - and I do mean as soon as it came in. We went the very same day. 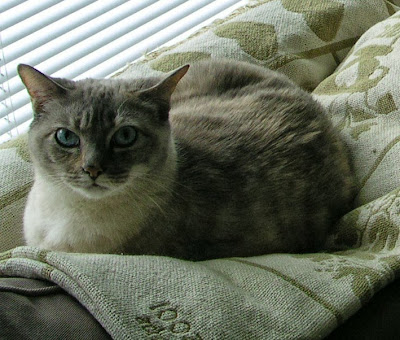 Cleo was the only cat we looked at - we had several in mind, but I warned Benjamin that we had better make our first choice carefully, because I didn't think I'd be able to put a cat back once we had it in the greeting room. She was in the Lonely Hearts club, which meant she'd been there for quite a while, probably because she was shy and nervous around new people. We didn't care. She stole our hearts right away with her big blue eyes, the softest fur I have ever felt on a cat - then or now - and the promise of love if we were patient. And we were willing to be patient. 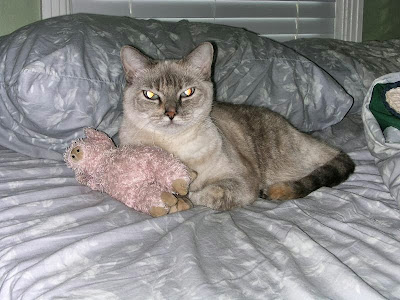 She spent most of the first 4 or 5 months under our bed, only coming out to eat and go to the bathroom, but we waited, and eventually she came out more regularly to watch TV and play. She liked me OK, but she loved Benjamin. For a while, she would wake me up in the morning with a quiet little meow that just loud enough that I could hear it but Benjamin couldn't, so I could get her breakfast. Then, once I was out of bed, she would take my spot and cuddle up to Benjamin. 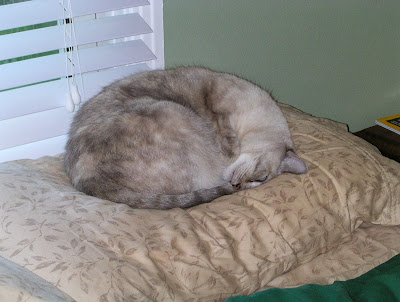 She moved from Austin to Bellevue to Austin to Brockport to Conway to Maumelle. She didn't like the changes much, but as long as there was a comfy pillow and a warm lap, she would come around eventually. She learned to like Oliver - as long as he behaved like a properly loyal servant, and tolerated Creamsicle. Once we got Miikka, she retreated to the bedroom for good, making it her domain far from the slavering beast. But she still sat on our laps, took over way more than 1/3 of the bed at night, and demanded petting with the regal bearing of the queen she was named for. We miss her. We will miss her.
Posted by Hope at 9/19/2013 08:42:00 PM 2 comments: