I have been trying to get this post written for over a month now, but between chasing Malcolm around, holiday preparations (Thanksgiving first and now Christmas) and blogger eating my pictures multiple times, I haven't had much luck. I don't really remember what I had to say, but figure that the pictures are still nice, and since I have been trying for so long, I might as well go ahead and put them up.


Way back on the first weekend of November, when the leaves were just changing and the ice storm hadn't turned everything still alive into black and brown blahness, we went for a morning walk at Lake Willastein, the city park in Maumelle. When we first arrived at the park, it was so foggy that you could barely see the other side of the lake. 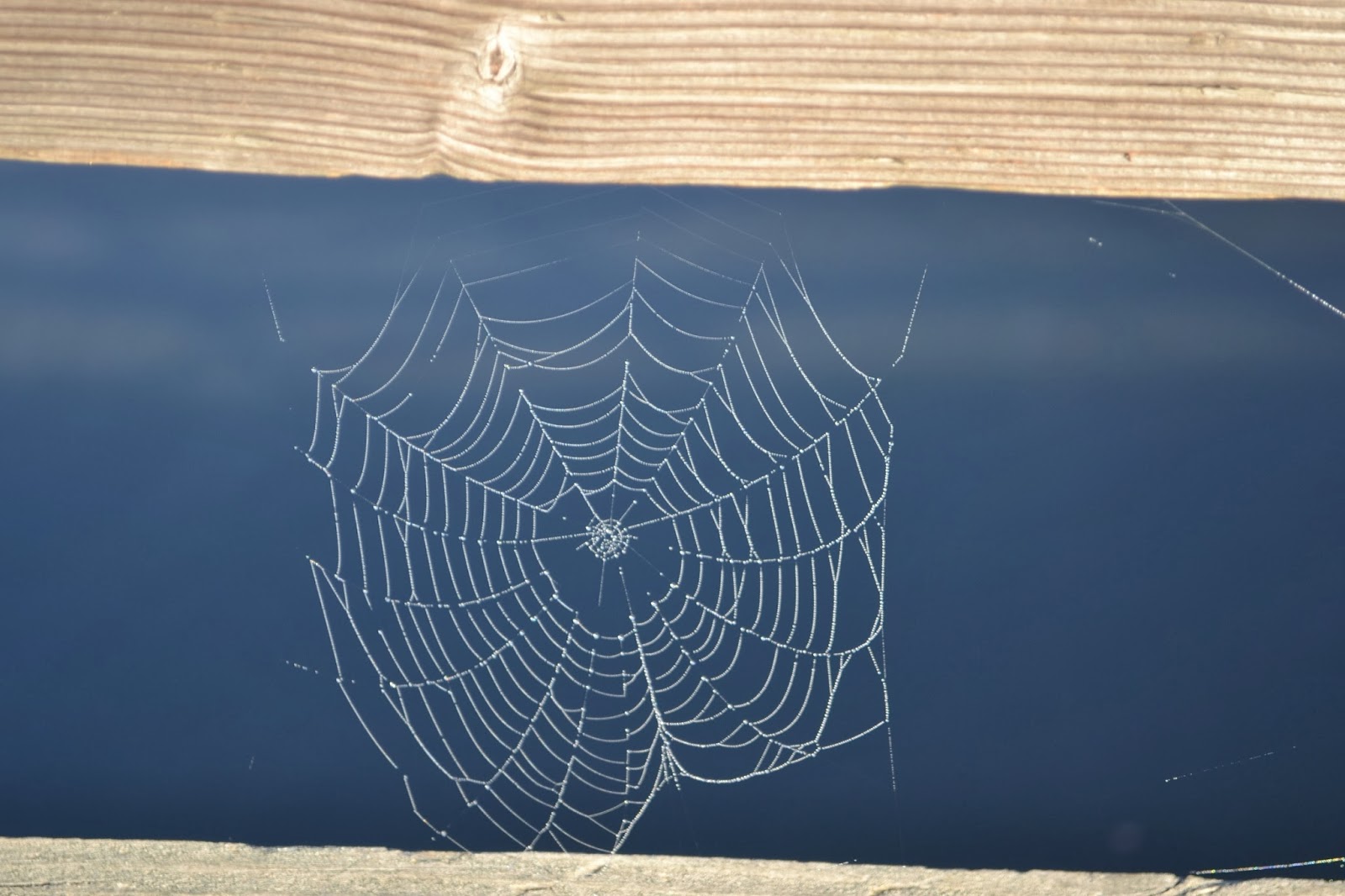 There  were some pretty neat spiderwebs covered in dew on a bridge along the path. 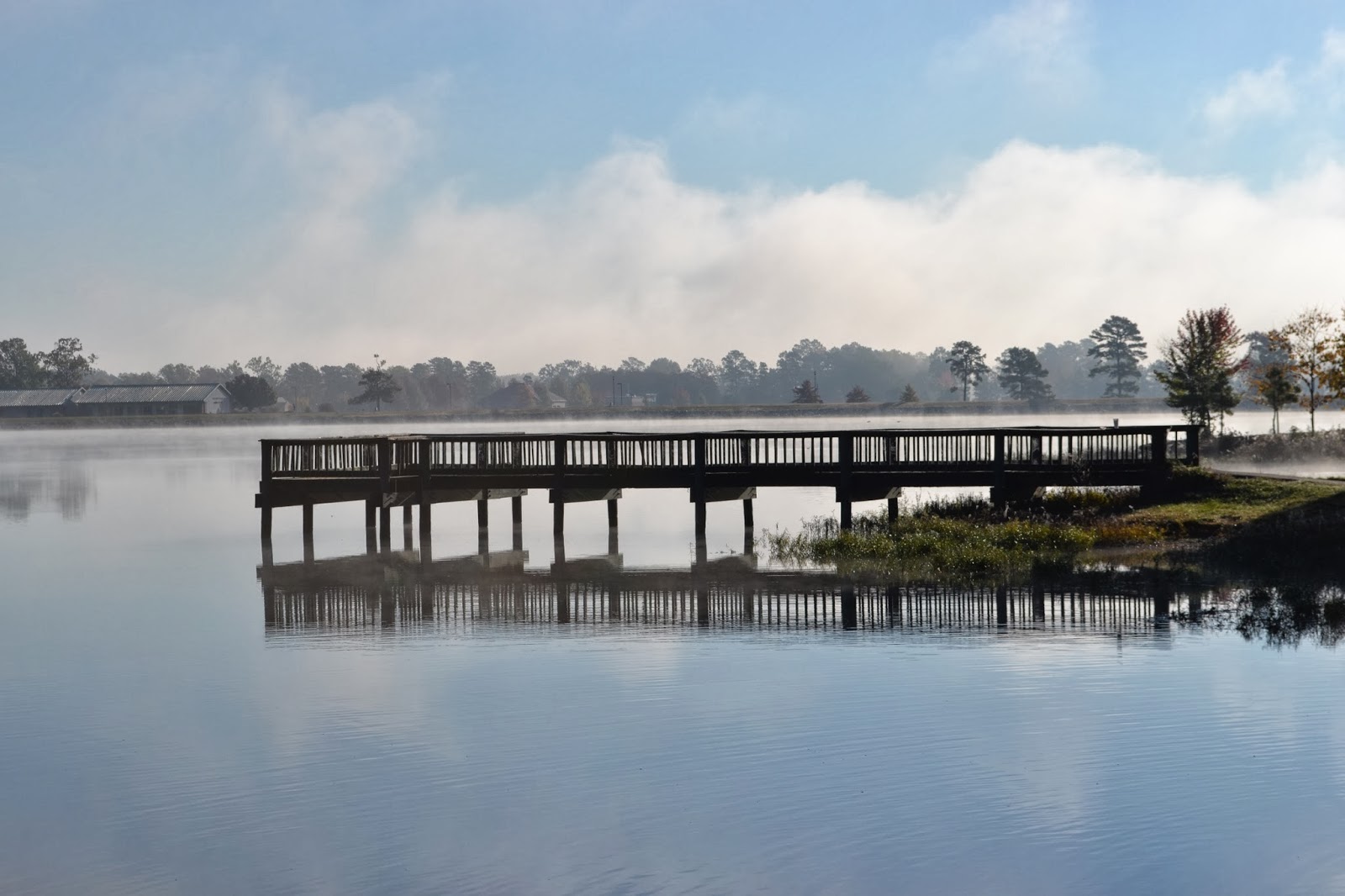 The sun came out and melted most of the fog, but the lake stayed mostly still, and there were some great reflections.

It was a lovely morning, especially compared to our weather over the last week or so. It is nice to have something colorful to look back at, instead of the perpetual brown that has taken over for the time being.
Posted by Hope at 12/13/2013 01:23:00 PM No comments: